The world is in your hands

Thabo Nkosi is 20 years old and comes from Barberton in Mpumalanga but now lives with family in Benoni. He attended Barberton Academy until 2010 and in 2014 he took part in a Life skills training project presented by EmployAbility Vulindlela.

He coped well with the course and was always diligent about keeping his work up to date and his comprehension skills have improved. He enjoys reading newspapers and is particularly interested in the sections dealing with cars and motoring.

Thabo is a polite and presentable young man who writes well and his handwriting is neat. He was an active member of the class and always participated in classroom debates. He is always willing to help others and is eager to learn new skills such as auto mechanics or carpentry. He is also a keen soccer player. 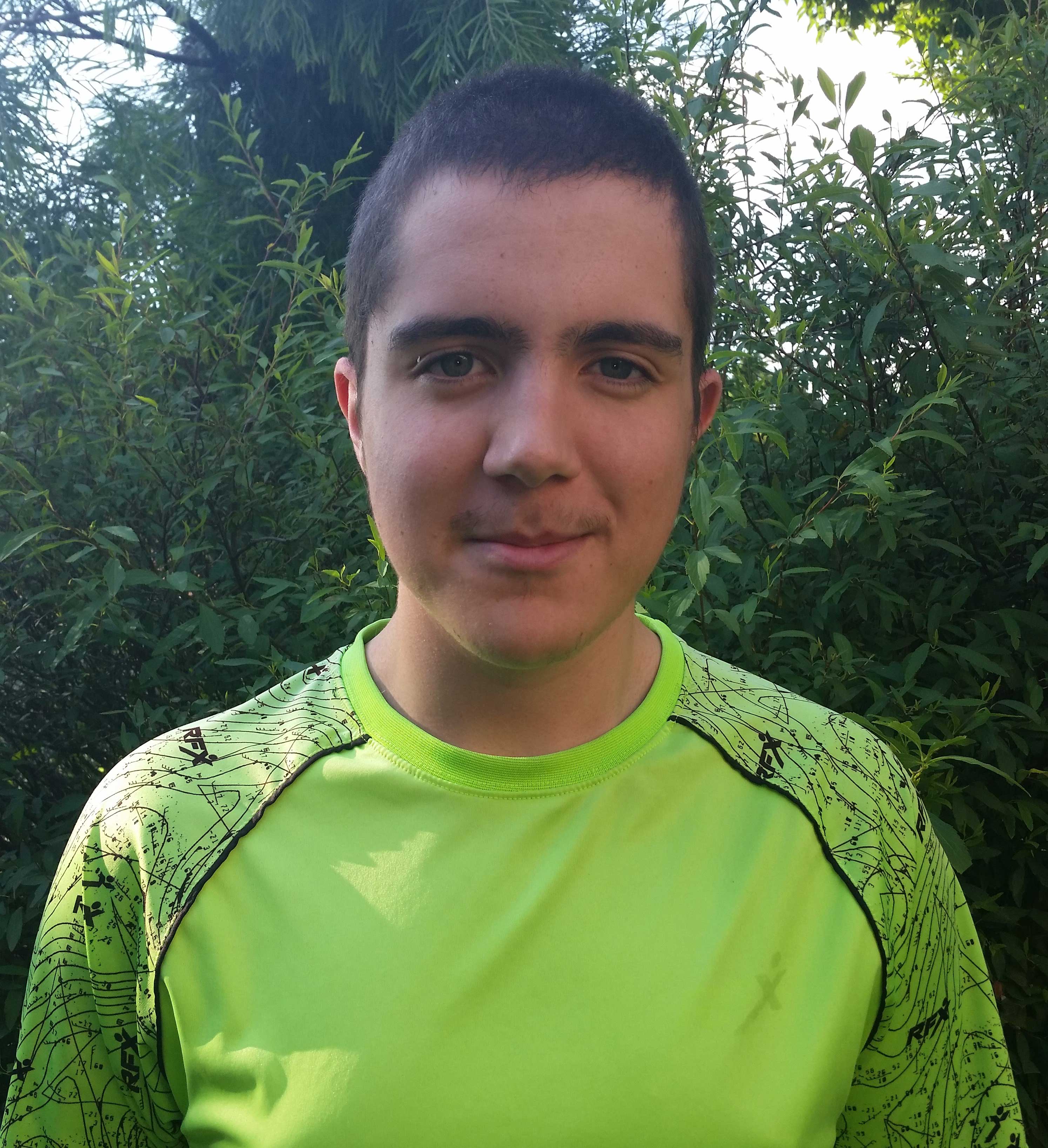 Tim Greeff is 19 years old and lives at home with his mother in Malanshof, Randburg. He matriculated from Closing the Gap School in Bryanston in 2012 and went on to study at Inscape College, where he completed a six month course in design and architectural drafting.  Tim is not employed at present and occupies his time by working on various computer programmes at home. He is passionate about computers and has a good knowledge of IT hardware and software.

Tim is intelligent, likeable, cooperative, and keen to learn more. He is well-mannered and shows respect for others. He is keen to enter the mainstream job market and his main focus is on the IT industry, or at least working on computers in a smaller company.

In the past, Tim has been employed on a part time basis carrying out administrative and clerical work. He also worked temporarily at a retail trade show where he interacted with buyers.

He has a learner driver’s licence and hopes to obtain his Code 08 driving licence shortly. In the meantime he is capable of travelling to the workplace on public transport. 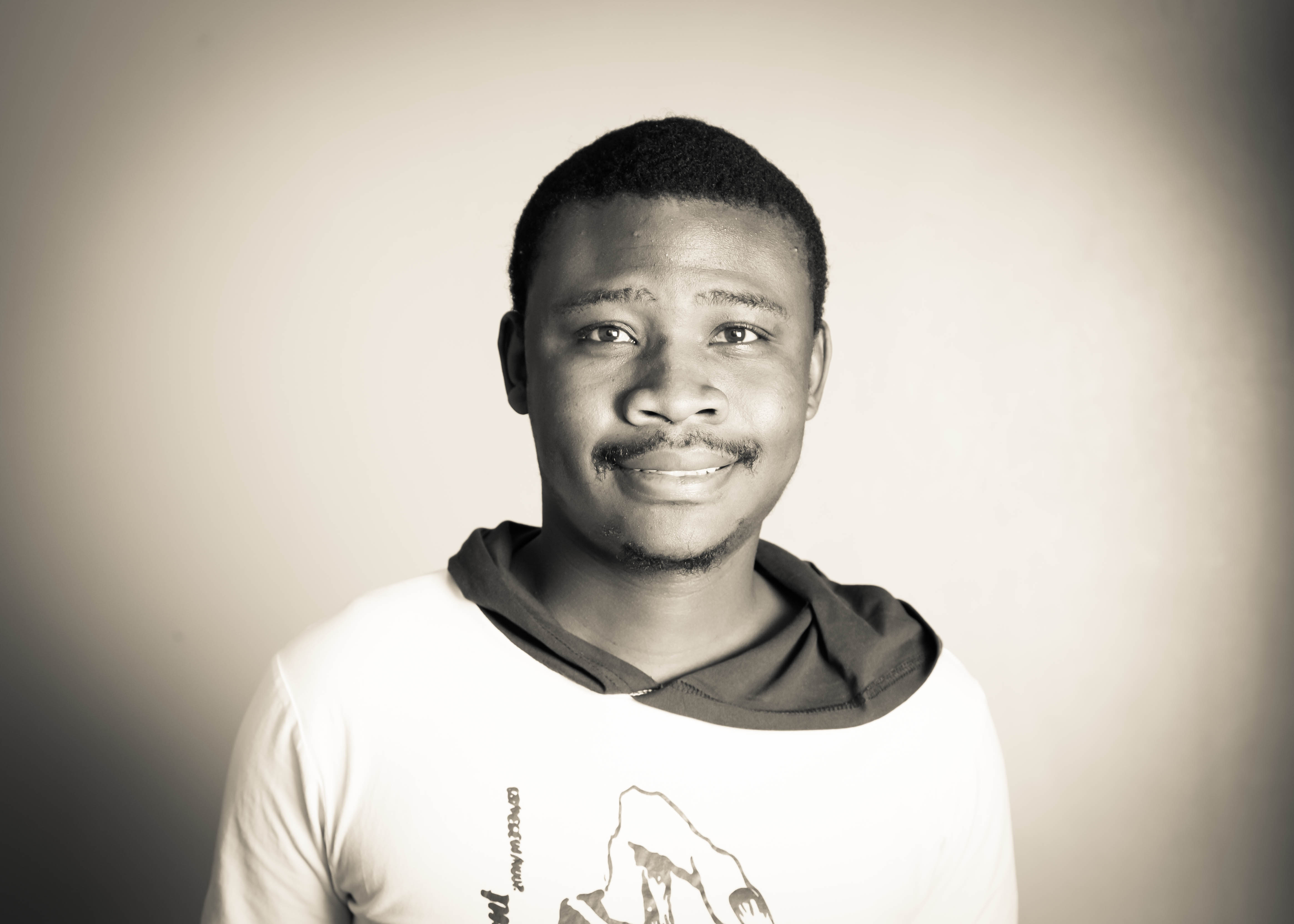 Kabelo Mojaki is 21 years old and lives with family members in North Riding, Randburg. He is a friendly and well-mannered young man who attended Die Wilge Special Needs School until 2012 and then went on to study auto mechanics and panel beating at Vuselela FET College in 2013.

He successfully completed EmployAbility-Vulindlela’s life skills training project during 2014 and also participated in a self-advocacy programme presented by DSAG. During this time he worked hard and achieved well. He has neat handwriting and continually tries to improve his literacy skills by reading a daily newspaper. He is particularly interested in the sports section, and also enjoys playing soccer.

Kabelo has a positive attitude and is looking forward to entering the mainstream labour market. He appears to work well in a team and his ideal employment opportunities would be in the auto industry or plumbing. However, he would fit into most environments and has demonstrated that he is always willing to help others. 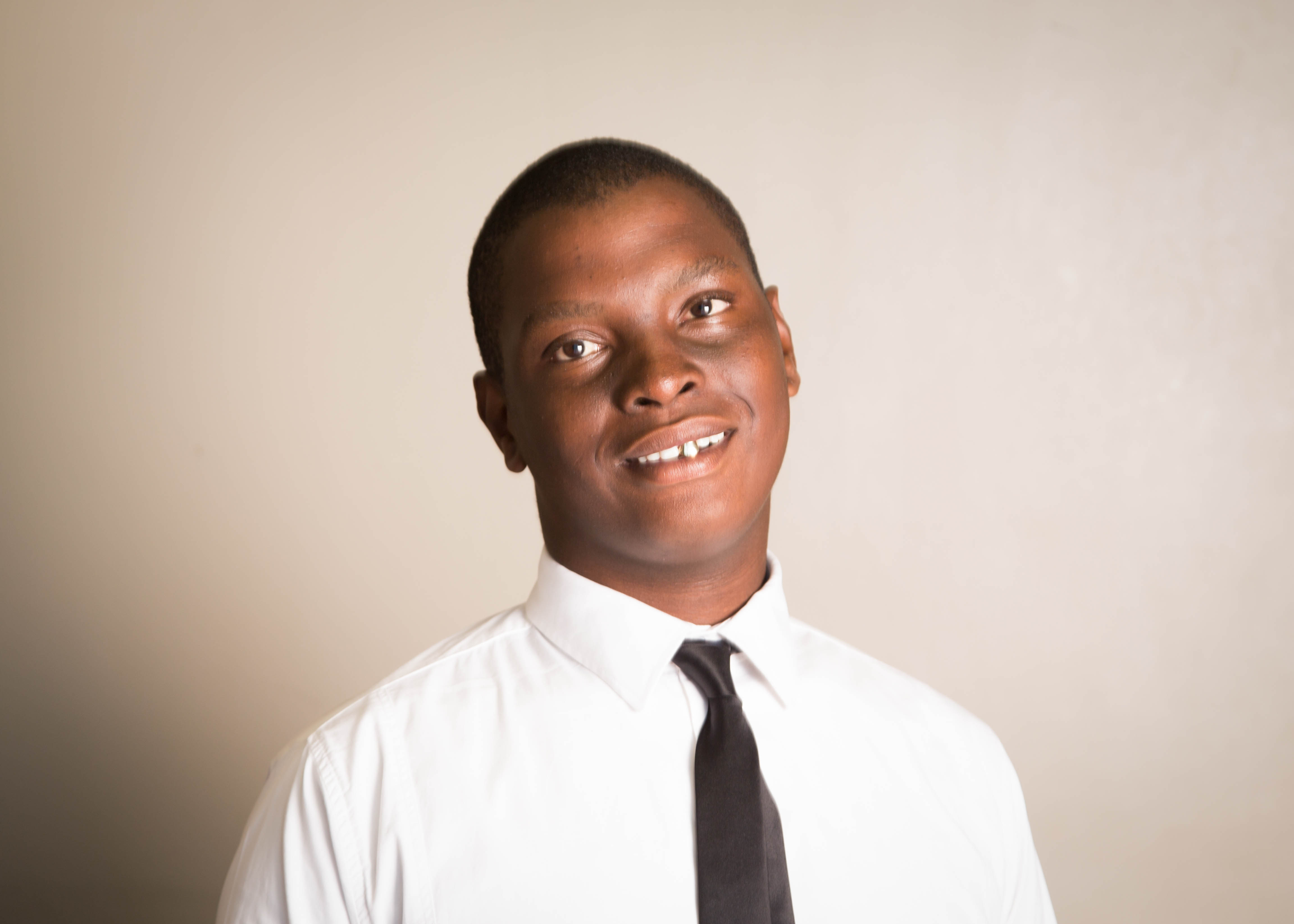 Brendon Mothwa is 20 years old and lives at home with his parents in Tembisa. He attended Armour Foundation School in Tembisa and has basic reading and writing skills and is able to follow verbal instructions. He has a cheerful personality and is enthusiastic about learning new skills. He is keen to enter the labour market and become self supporting.

In 2013 Brendon successfully completed a life skills training course provided by Employability-Vulindlela, and funded by the National Lotteries Board. During this 12-month course, he acquired knowledge in personal finance, hygiene, life skills, basic computer skills, HIV awareness, interview techniques and relationship with employers. He also completed a Self-Advocacy course.

Throughout his training Brendon has always displayed energetic enthusiasm, initiative and an ability to initiate subjects of discussion.

Although Brendon has no formal work experience, he shows a capacity to learn and has good practical skills, which includes an interest in plumbing. He would be capable of working in most production line positions such as packing and assembling as well as cleaning. Brendon has an intellectual disability but is able to function well when undertaking general daily tasks. An Employability job coach would assist him initially by providing guidance in the workplace to ensure that he has a full understanding of what is required of him. 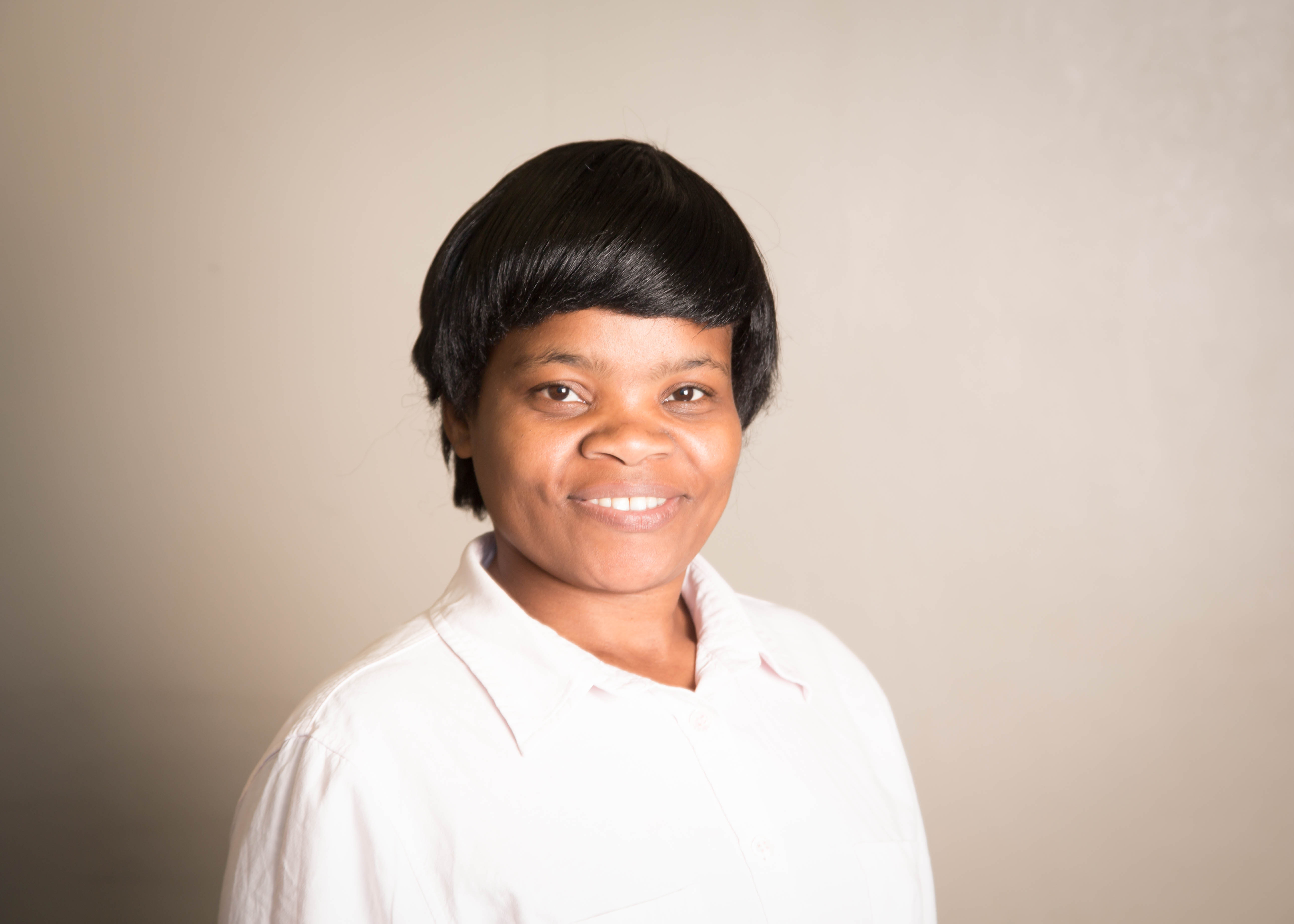 Janet Msomi is 32 years old and lives in Rockville, Soweto. She has a cheerful and friendly personality and is always willing to help others. She has basic reading and writing skills and attended Phafungang Secondary School up to grade 10.

Janet is currently participating in a 12-month life skills training project presented by EmployAbility and has displayed leadership qualities throughout the course, and is always punctual and conscientious. She enjoys cooking and cleaning, and previously completed a domestic services learnership at I-Can Academy in Kempton Park and subsequently gained work experience in a mobile tuckshop.

Janet also plays basket ball and likes listening to music. She is very keen to enter the mainstream labour market and would benefit from the services of a job coach in the initial stages of employment. 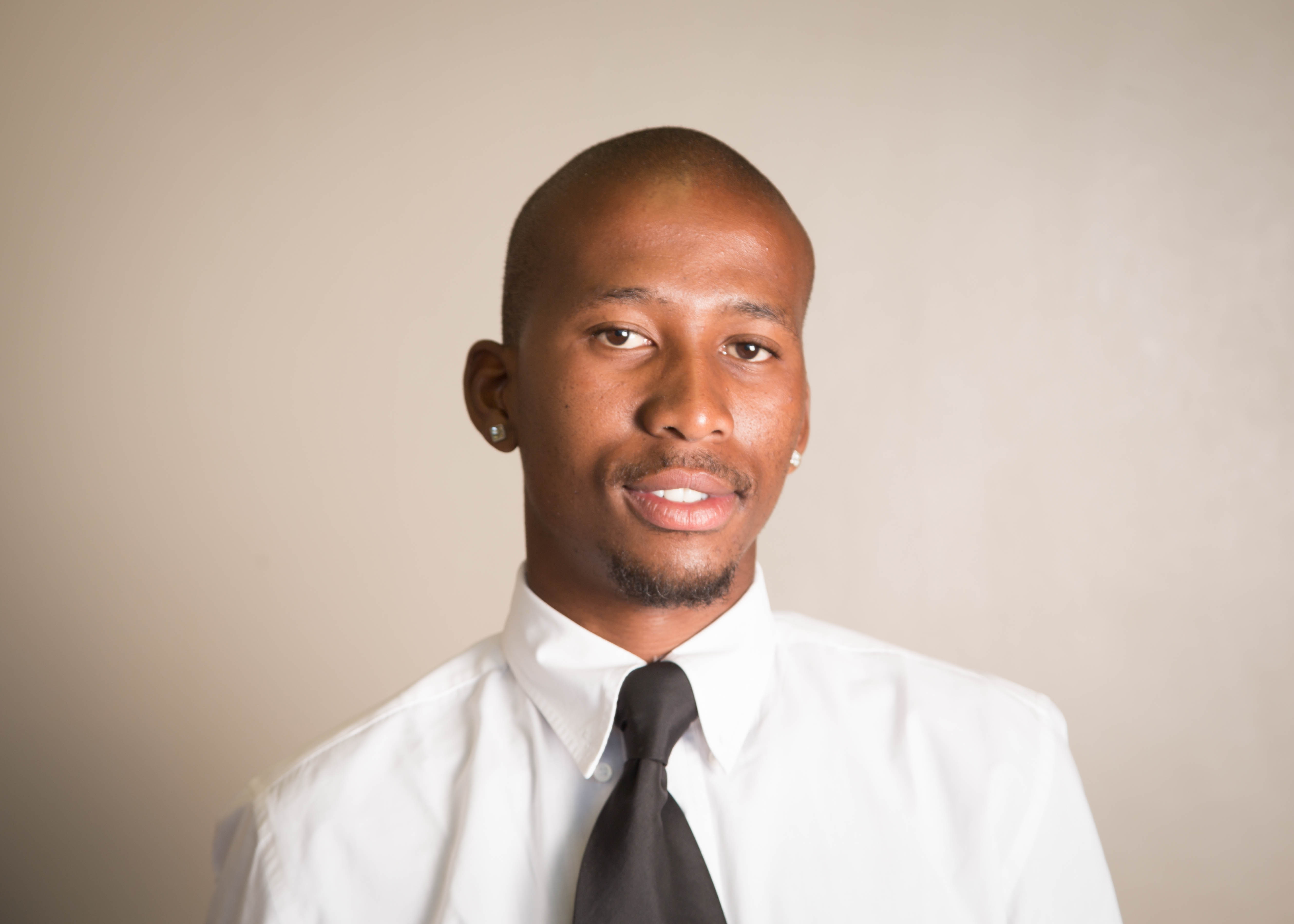 Tshegofatso Nabe is 25 years old and lives in Diepkloof, Soweto with his family. He has a friendly personality and a positive attitude, and is keen to work in the open labour market. He attended Forest Town School for children with special needs, and has basic reading and writing skills and is able to follow verbal instructions.

From 2004-2007 he worked for the Johannesburg Council of the Disabled as a packer.

During 2008-2009 Tshegofatso attended the Living Link College and received a certificate in lifestyle management, personal empowerment, employment orientation, and community survival. During this time he undertook job sampling in the Technical Department of the Johannesburg Zoo and also completed a further period of job sampling at Ernst & Young in contract cleaning, canteen and mailroom duties.

During 2013 Tshegofatso successfully completed a 12-month life skills training course provided by EmployAbility-Vulindlela and funded by the National Lotteries Board.

Tshegofatso would be capable of working in most production line positions, including packing and assembling, as well as cleaning and food preparation. He holds a code 08 driver’s licence, and is capable of following directions. Tshegofatso has cerebral palsy but is capable of doing most general daily tasks. Initially, he would benefit from the assistance of a job coach to provide guidance in the workplace.

This website uses cookies to improve your experience while you navigate through the website. Out of these, the cookies that are categorized as necessary are stored on your browser as they are essential for the working of basic functionalities of the website. We also use third-party cookies that help us analyze and understand how you use this website. These cookies will be stored in your browser only with your consent. You also have the option to opt-out of these cookies. But opting out of some of these cookies may affect your browsing experience.
Necessary Always Enabled
Necessary cookies are absolutely essential for the website to function properly. These cookies ensure basic functionalities and security features of the website, anonymously.
Functional
Functional cookies help to perform certain functionalities like sharing the content of the website on social media platforms, collect feedbacks, and other third-party features.
Performance
Performance cookies are used to understand and analyze the key performance indexes of the website which helps in delivering a better user experience for the visitors.
Analytics
Analytical cookies are used to understand how visitors interact with the website. These cookies help provide information on metrics the number of visitors, bounce rate, traffic source, etc.
Advertisement
Advertisement cookies are used to provide visitors with relevant ads and marketing campaigns. These cookies track visitors across websites and collect information to provide customized ads.
Others
Other uncategorized cookies are those that are being analyzed and have not been classified into a category as yet.
SAVE & ACCEPT